I spent a month in Trelex Residency with the purpose of focusing in the two projects I am currently developing: the Floating Forest series of paintings and the reflection & writing of my own life. I couldn't have found a more perfect environment for that. 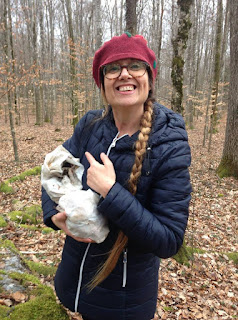 I was welcomed by another artist, who very kindly came to collect me from Nyon train station, and, since there was no one else in the house at that moment (Nina Rodin and her family were abroad), she showed me all the basics of the house and even cooked me dinner before she left quite late at night. I spent the first two nights and days on my own in the house of this family who I never had met before! This, the trust that is offered to the artist, is the core of the uniqueness of Trelex Residency. Nina's principles are based on that and she and her generous family offers you the opportunity to come and do what ever you need to do, without any constraints or commitments but the response to that in your own practice and reflections. This unique and nurtured nest easily responds in its natural way: synchronicity. Trelex functions without specific plans, the artists invited are not selected, they just came on their own time from the waiting list in which their names were written and it is precisely that what works with an incredible precision because what it is to happen, happens. 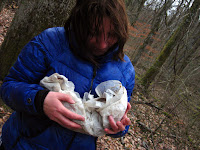 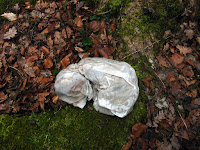 My experience was that my work was enriched with the meetings with the other artists thatby chance;were there. Starting with the artist with who I was sharing the studio, Eva, who wanted to record a series of monologues by women telling the stories of their motherhood. I am a mother of three and I was writing about my motherhood. We did the recording and the story I told was another story, spontaneous, magical, honest and powerful. But there were other two women artists staying in a temporary extension of the Trelex residency in a near by forest, Kate O and Kate P, both mothers too, with who we shared conversations about their own experiences as mothers and artists. Nina Rodin (also mother of three) was the nexus of all these encounters while she was doing her own practice and working on the final constructions of Trelex Esp'Asse Residency in Nyon, in which we also contributed with some hours of work dragged by her enthusiasm and contagious energy.

The hours of a day in Trelex were magically longer than anywhere else, so I had time enough to produce an important number of paintings and a good push on my writing. I also shot a series of very minimal films which I am currently editing with its own soundscapes plus the recording of my motherhood story that Eva recorded.

Peace, silence, a wonderful landscape, walks along the fields, the Jura Forest, the snowed mountains and the pristine lake, made it possible. I also had time for a couple of visits to Geneva and Lausanne and the fantastic opportunity of interacting with children in the International School of Geneva, an invitation from the Art Teacher Lucy Shaw that Eva and myself attended and where we presented different forms of expression and realms to the kids. 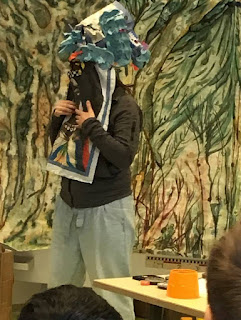 I just have an immense sense of gratitude to Trelex Residency and its maker, Nina Rodin, whose generous attitude is an example to follow for all of us who try to live in the outskirts of a crazy society in a moral and ethical decay. 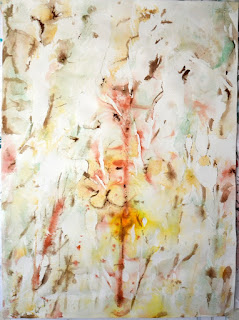 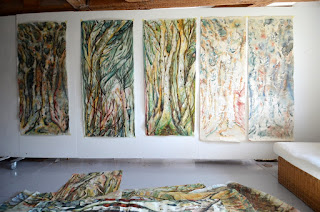