I met Anja when visiting the Slade where she is doing the same degree I just finished. I was drawn to her studio wall because of the graph paper, indications of a systematic approach and the presence of concerns I interpreted visually to be similar to my own. Then we struck up a conversation about art and motherhood. Anja agreed to be the first resident to come with a child, an opportunity I was keen to provide as residencies around the world either explicitly do not welcome children or welcome them in principle but than have very little in place to help their parents be both parents and artists.

Whether all parents who come here in future will juggle Art and parenthood with the same virtuosity as Anja and every four year old will have such amazing capacity to entertain themselves as little Nina remains to be seen. But the whole family missed them when they left. 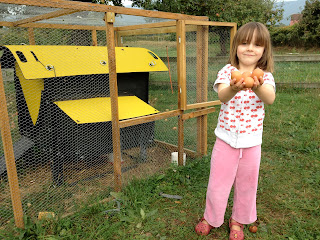 Anja Borowicz is, by her own admission, in a state of transition between painting and sculpture. She is exploring the notion of the domestic, through the use of household materials but also via a reflection on the negotiations between the opposed and conflicted spaces of the home and of the artworld. 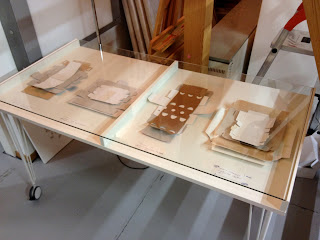 Packaging from cereal, tampax and soap become minimalist sculptures in a formalist arrangement. The outline of a triple pack of socks ends up looking like a menacing weapon. Night time conversations take in the  the homeless, consumerism, russian icons, the power of the museum, our doubts about painting and out attraction to it, strategies of production. 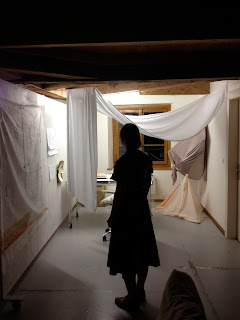 I am completely drawn in by the meticulous presentation of a rainbow array of domestic liquids which Anja has used like paint and pigment in her work. Cleaning and beauty products take on the precious qualities of fine art media but one doesn't get a sense that Anja likes house cleaning or facials, on the contrary. Anja's work is persistently experimental, but too serious to be playful. It feels more like an expression of her frustrations with negotiating an unsuccessful compartmentalisation and resisting stereotypes. The gestures in her work have become lighter but tend towards something more and more personal, perhaps Anja's own sense of place and belonging. 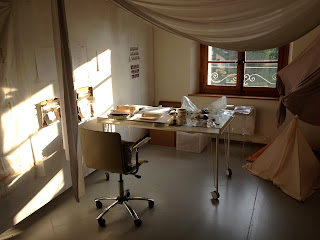 The wall in the studio moved several times during Anja's stay: at an awkward angle first, then into a very open large studio standard and finally halved the space into something more intimate. The window which one often ignores other than for its light became much more prominent against the delicate and quiet interventions. 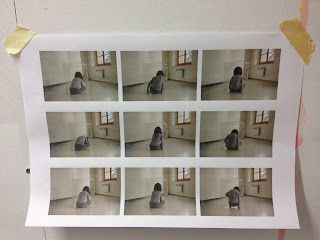 Anja took the opportunity of the residency to work with her daughter in a series of works with boxes reconstructed in transparent or diaphanous materials. The anonymous child packed in a box could be grim or claustrophobic. Instead she looks protected, as if Anja is trying to shield her.

More details of Anja's work can be found on her blog here.
No comments: