The house is part 17th, part 19th century. The owner was born in the house, 80 years ago. Her father was Jean Binet, a swiss composer whom the street is named after. Her mother was a famous tapestry artist so the place has a long history of housing artists and their studios.The four facades of the building have four completely different characters. The back looks like an old swiss chalet, all wood and gallery; the front is in a classical style that wants to be a French chateau. 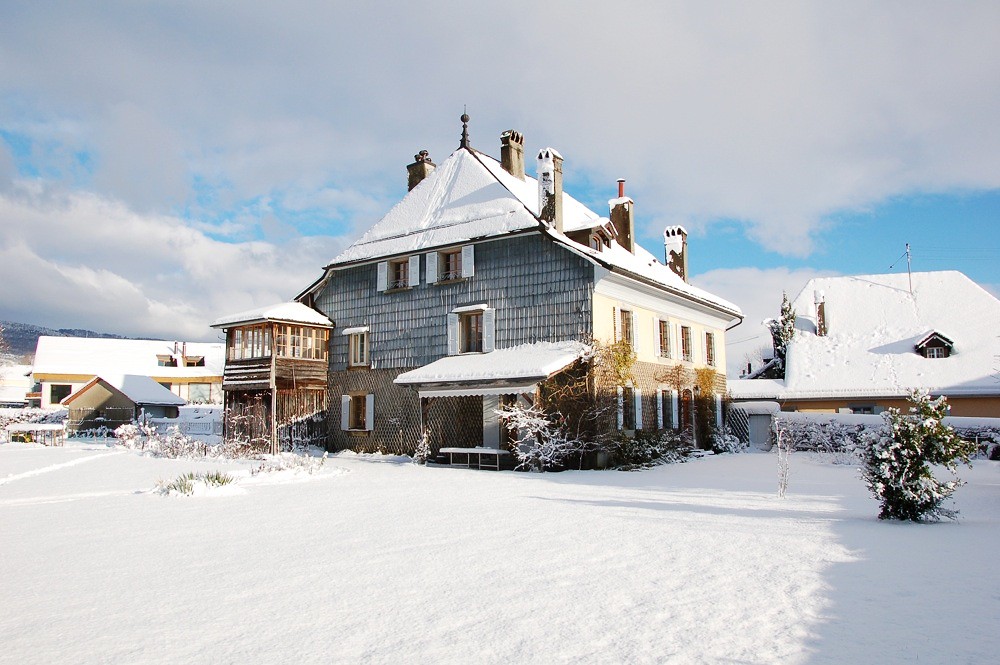 Altogether the finish is quite eclectic, definitely unusual. 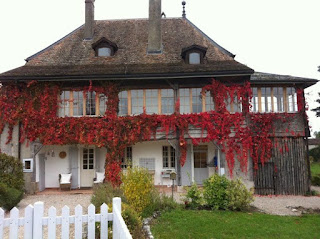 The house sits in a large garden with a lawn that often turns into a meadow, there is a small wood and some very very tall cedar trees. Even with children about, there is always space to find some privacy with a deckchair, picnic blanket or hammock. The house is in the old center of the village, 200m from the train station. 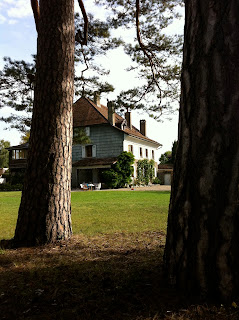 There is both a garage and a very large shed as well as an antique outhouse which used to be the stationmaster's hut at the train station. All can be made available for installations, woodwork, sculpture - just discuss your plans with me first. But if your dream is outdoor space to experiment, this could be a great place. 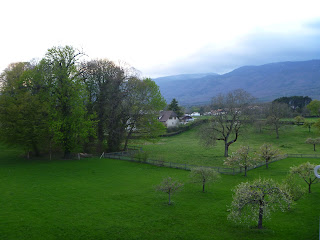 There are a great number of fruit trees and a large kitchen garden though we are not great gardeners. Still, in the summer, you can let us know if you are interested in helping us pick fruit in exchange for some pots of homemade jam.

The house is also our home which you need to be mindful of. To get to the studio, we ask you to walk around the house and not through the kitchen to get to the stairs top of the house. The kitchen is very much our private family space. And my husband, David Rodin, is a philosopher and will be working on the ground floor so artists and children alike are encouraged to take their conversations elsewhere. The first floor with family bedrooms and bathrooms is also private.

So family and residents have separate quarters but there can be visits around a fire, a barbecue, a football, a meal, a movie or the kitchen garden. It's just best to let the family make the first move so that there isn't too much 'artist fatigue' amongst my family members!

Trelex is the French speaking part of Switzerland, in the canton of Vaud between the Jura mountains and the Lac Leman which stretches all the way down to Geneva. On clear days, one can see across the lake to the alps and when it's not hiding its head in the clouds, Mont Blanc occasionally puts in a spectacular appearance. 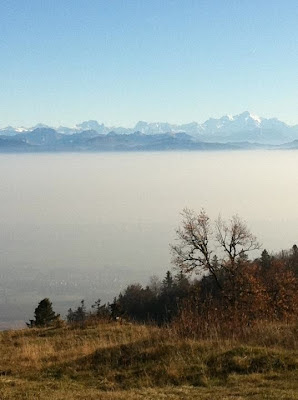 Trelex just visible in the mist below St Cergue in the Jura.

Trelex is a tiny village with some large residential areas and a good number of cows. It also has a school, a quaint little auberge, a renault garage, a hairdresser, a boulangerie (baker) and a corner shop with bizarre opening hours. It's very quiet except for one week a year (in July) when it hosts the local equivalent of Glastonbury, called Le Paleo. 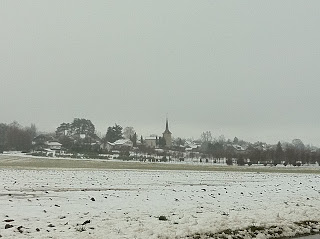 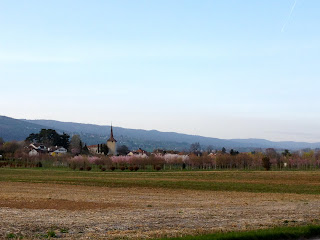 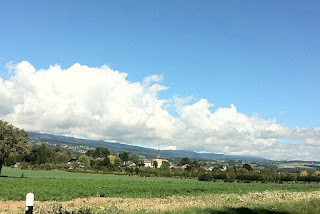 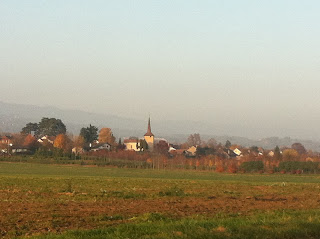 The nearest town is Nyon, which can be reached by public transport. This has a large supermarket, a shopping center, a department store, an art supply shop, a pedestrian area, a number of bars and restaurants, a small castle, a waterfront promenade from which cruises depart across the lake.

Castle and fountain in Nyon.

From Nyon, there are fast trains to Geneva and to Lausanne. Swiss trains can be expensive but are a pleasure to take and a convenient way of exploring the country. There are good connections to Bern, Fribourg, Basel, Zurich and their many museums and attractions.

Except for when Mont Blanc shows off on clear days and makes you feel like you can reach out and touch it on the other side of the lake, nature around Trelex is not of the grandiose postcard style. Take a cruise on the lake or go for a walk in the Unesco World Heritage listed vineyards north of Lausanne (all reachable by train) and Switzerland is Heidiland with (cow)bells and (bird)whistles. Around Trelex, there are nonetheless idyllic streams, beech and pine groves, woods and plenty of paths to explore, on foot or cycling.

The changes of the seasons is very marked, the weather very changeable. We have spectacular storms (mid-summer rain storms or mid-winter hail ones), the most incredibly atmospheric misty days in the fall with quantities of mushrooms and spectacular autumn leaves, delicate morning frosts that sparkle in the sun or crunch underfoot till midday, an explosion of flowers in spring, summerdays when fruit ripen faster than we can pick them and all our meals are taken outside. You definitely feel up in the mountains. In the winter it's only a 15 minute drive up the hill to a tiny ski station and in the summer, it's 15 minutes drive to a swim in the Lac Leman. 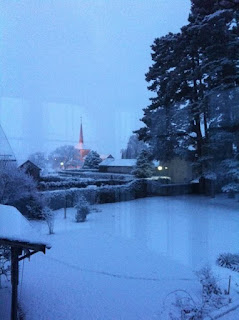 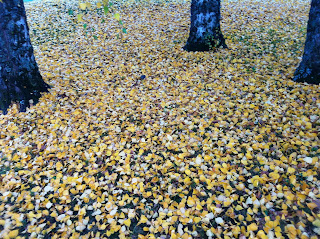 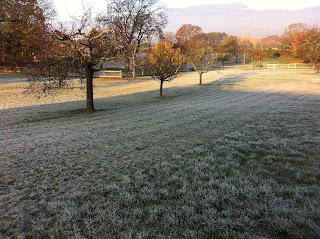 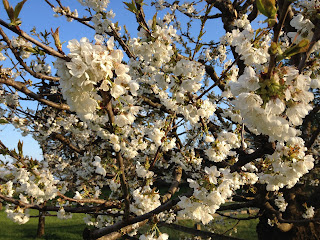 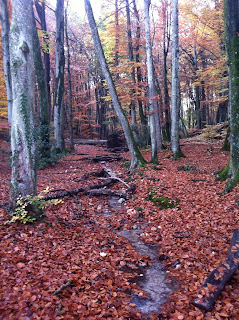 How to get to Trelex

You can drive, take the train or fly to Geneva Aiport. Geneva airport is 17 minutes drive from the house but I tend to ask residents to take the train to the residency. This is very straight forward but do note that trains don't run from Nyon to Trelex very early morning or late night and book your flights accordingly.

Trelex is served by a cute little two-carriage train that climbs from Nyon (on the lake) all the way up the Jura and to the French border at La Cure. Trains run every half hour during the day and every hour from dawn till late. Going from Trelex to Nyon (which is our closest town with shops) costs CHF. 3.70 and takes 8 minutes. From Nyon, fast trains run regularly to Geneva (15 min, CHF. 18 for a return) and Lausanne (15 min) where you can connect to Bern, Zurich, Basel, Fribourg.

You can also take the train direct to Geneva airport from Nyon (CHF. 15.20 one way).

Timetables and prices can be found at the swiss railway website here. If you wish to drive, you can look up the address 'Rue Jean-Binet 1, 1270 Trelex, Switzerland' on google maps here. Go into 'streetview', and you can actually take a virtual walk around the village... 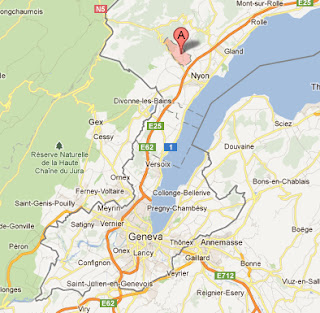 Home
Subscribe to: Posts (Atom)
The Trelex Residency is motivated by my curiosity in all forms of Art. It has been designed on the basis of what I, as an artist, would like from a residency: the Trelex Residency has no application forms, does not ask the artists to outline an agenda for their stay, to commit to putting on an exhibition, to interact with a particular institution etc... The focus is entirely on artistic freedom and the challenges that poses. I would like artists to feel free to use their time in Trelex in whichever way seems most productive to them.