I came to Trelex in May 2015, over two years ago!  Growing and raising children seems to have stalled the writing of this post somewhat.  In fact it’s taken me about an hour to write this paragraph (all 4 sentences) as my toddler son can’t seem to resist the number pad on the computer keyboard and I keep having to delete numbers!  I’m determined to write though as my time at the residency had quite a profound effect on me and I think it’s good to share.

Trelex for me was about so much more than going on an artist residency. As a mostly 'stay-at-home mum', it  was also a break from family life and the first solo time away since becoming a mother, my daughter was 2 at the time.  I had found early parenthood very difficult and leaving my daughter, which I found such a hard thing to do, ironically turned out to be a crucial step in settling into my new mother self and in recovering from the shock I had experienced in becoming a parent.  I cried the whole way there and travelled with mixed feelings of guilt and worry but also excitement and a sense of knowing that I needed this time to create and reconnect with my work. Dealing with all of these mixed emotions was all made easier because I knew I was going to a place of understanding.  I had had a Skype chat with Nina previously and we had spoken at length about motherhood and I was taken with how willing she was to work with me to find a way for me to pursue the opportunity to go to Trelex.  I had such a strong sense that Trelex was a place where all artists, parents included, were not only welcomed but celebrated and encouraged.

The space at Trelex is wonderful, a professional working space with plenty of room to spread out. I got to work setting up my space.  I didn’t really go to Trelex with any set plans of what to do.  I just wanted to spend some time reconnecting with my art work and seeing which direction it may be taking.  This creative freedom was also of great value to me and I would have felt intimidated if I had had to come up with something finished or that had to be based around a certain theme. 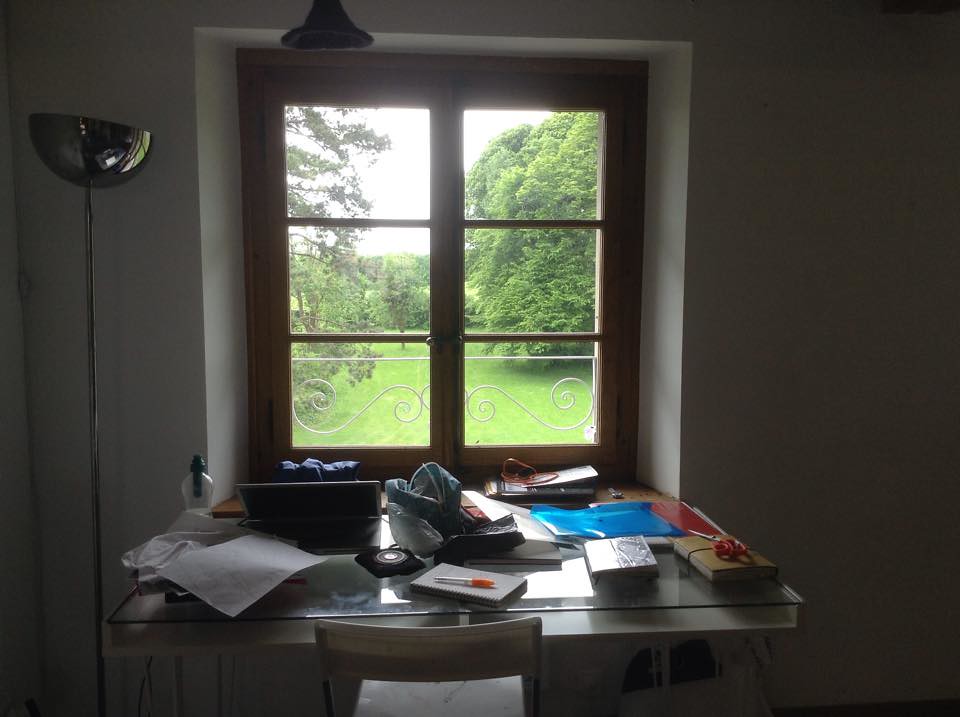 My desk space at Trelex looking over the garden


The first couple of days I was completely overwhelmed by the amount of time I had.  Having gotten used to doing everything around the constant demands of a young child it became apparent that I had mostly lost any ability to focus for more than 20 minutes and it took me a bit of time to settle into a child-free rhythm.  I thought I would start by reviewing my previous work.  It had been at least 4 years since I had actually made any gallery work and it was good to go over some old films and share these with the other residents.  I came to realise that because becoming a mother had changed me so profoundly and since I had had quite a bit of time out, I was no longer on the trajectory of my previous work.  I wanted to try some new ideas. 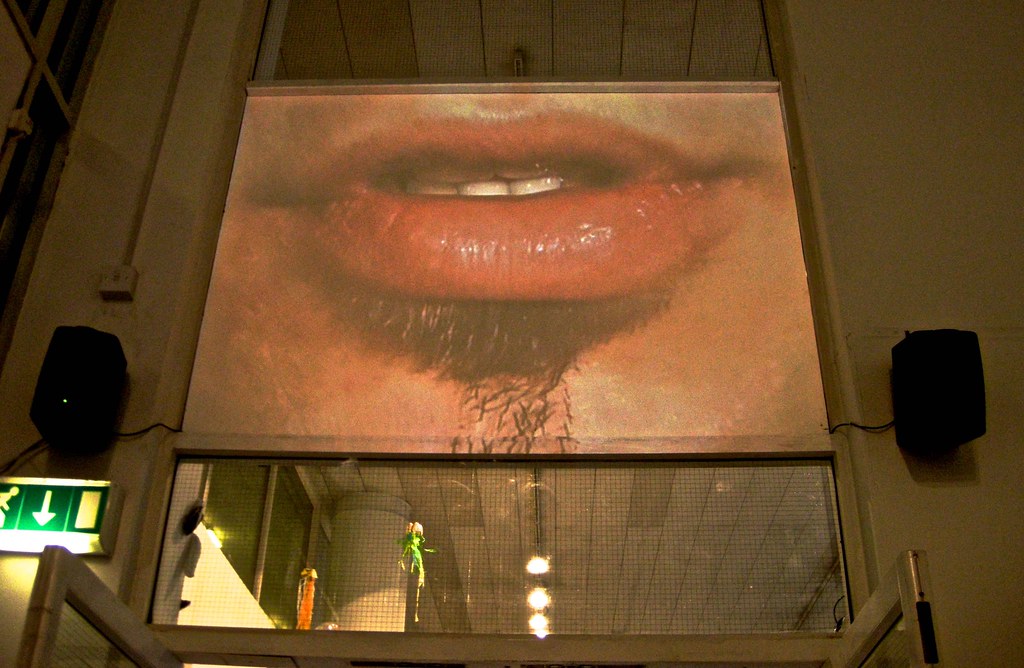 I have always been interested in craft but in recent years I had gotton really into knitting and yarn based crafts.  There is something about the colour, texture and tactility of working with yarn which I am really drawn to.  I am also interested in associations (or mis-associations) these materials and processes have with femininity and domesticity.  A lot of my previous work had been quite cerebral and I wanted to do something that came from a more emotional place.  I wanted to try and start from a point of what I FEEL like doing rather than 'what could I do to get these ideas across?'.  I also wanted to work with raw-materials and get away from the computer, and even get outside if possible.

So I grabbed some wool and went outside.  The space outside is large and full of potential. Nina showed me a small shed at the bottom of the garden and told me about a previous resident who had set up a performance/installation inside, it sounded inspirational. 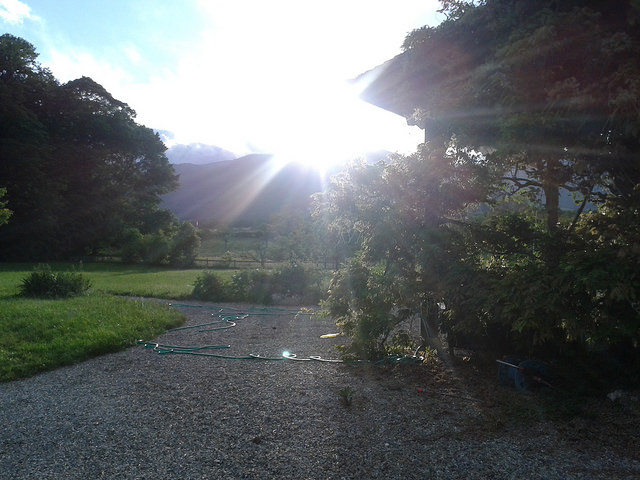 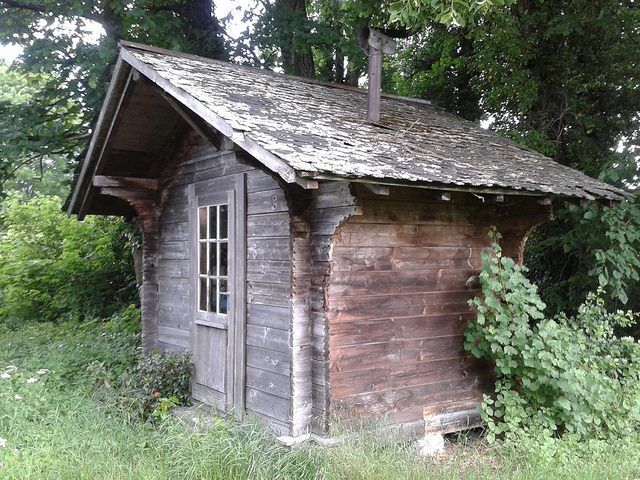 The weather was clear and I spotted a couple of rows of trees which looked inviting. I had long had ideas of using nature as a canvas and I also wanted to scale up some craft techniques.  So I decided to weave.  With the trees as my loom pegs I set up a large scale loom so that I could weave in a spiral.  I didn't really know where I was going with this piece of work but I was enjoying working with the yarn and being outside, I felt quite connected to nature and kept visualising myself as a spider or bird creating a nest.

I only got so far with this piece of work, I wanted to carry on weaving to make it huge but I just didn’t have the time, what I did try was putting it in different places and environments.  I liked the idea of a piece of work that moved and that changed depending on it's context.  It still sits unfinished in my studio at home, one day it will come out again and grow.

I started two or three other pieces of work at Trelex both of which have yet to be resolved.  I'm ok with this, it was so great to have the creative freedom at Trelex to begin new ideas.  Maybe one day I'll return when I have work which is nearer the end of it's life.  I did manage to take some good images of one (untitled) piece of work.  Nina was invaluable in helping me take some clear pictures.  Photographing my work is a skill I have not quite mastered yet so it was great to have someone there to help.   I almost felt I had enough material to put a proposal together.

Top and left and right: untitled knitted and performance piece
Bottom: beginnings of a quilt project ‘I put you in the bin’ and beginnings of knitted wall hanging


As well as the house inside and out being a wonderful space to work, the equipment in the studio was also brilliant.  Printers, cameras, espresso pots! were all available and it is a dynamic and inspirational living and working space. 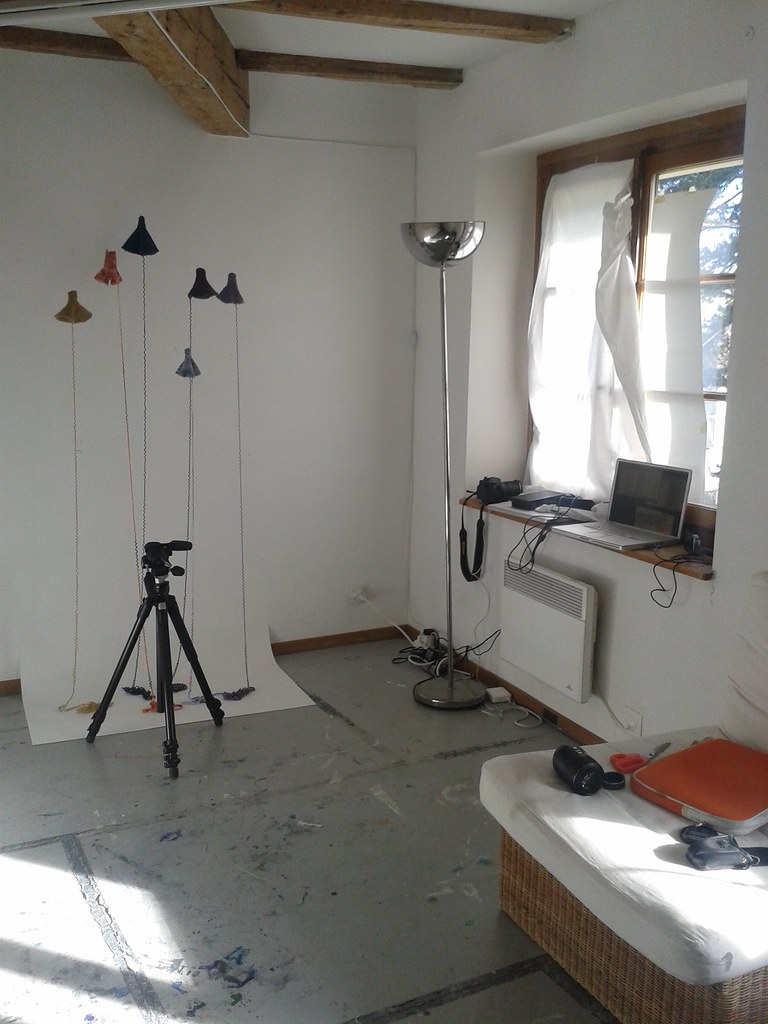 I visited Nyon and Geneva whilst I was there.  There are hundreds of galleries in Geneva but unfortunately I picked a day where they were ALL changing exhibition!  Never mind, I started a little project taking pictures of the closed galleries.  I did manage to catch an excellent political film at the modern art gallery though (unfortunately I can’t remember the name!).  It was good to get out and about and soak up the city. 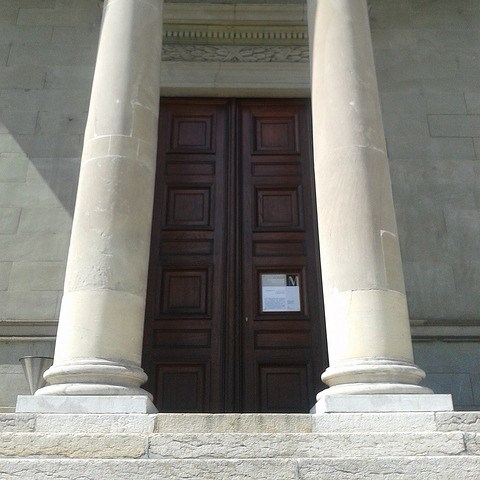 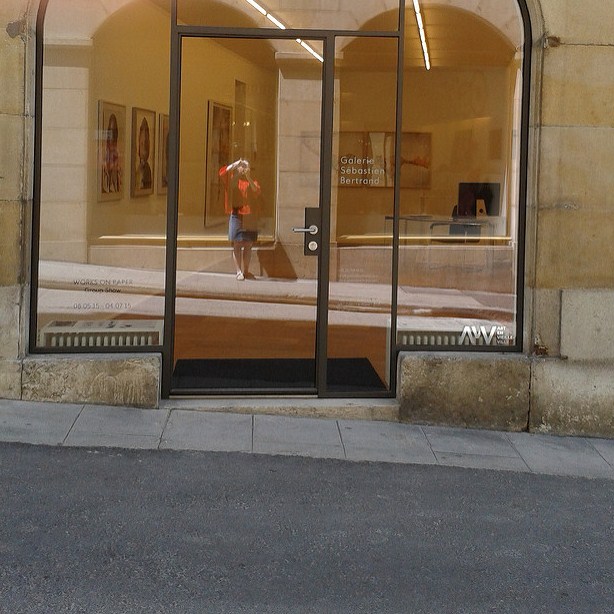 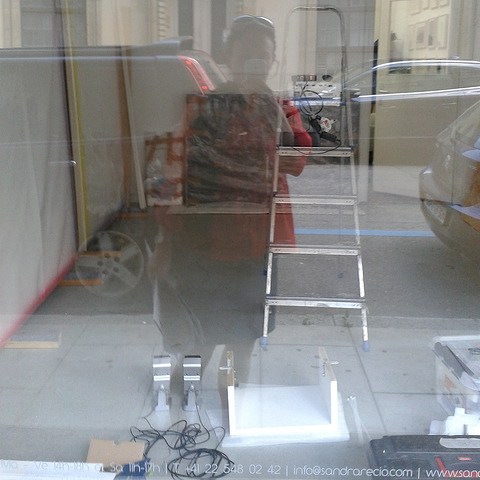 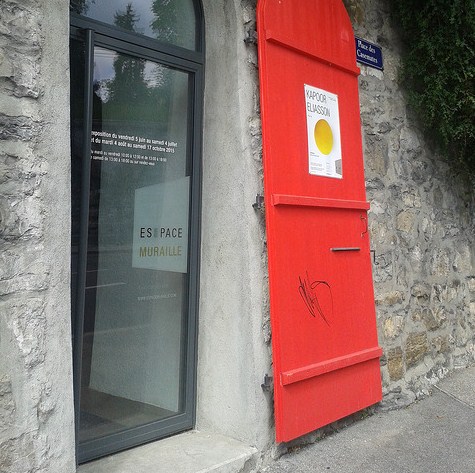 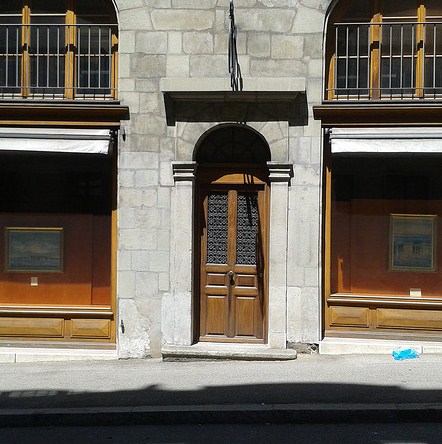 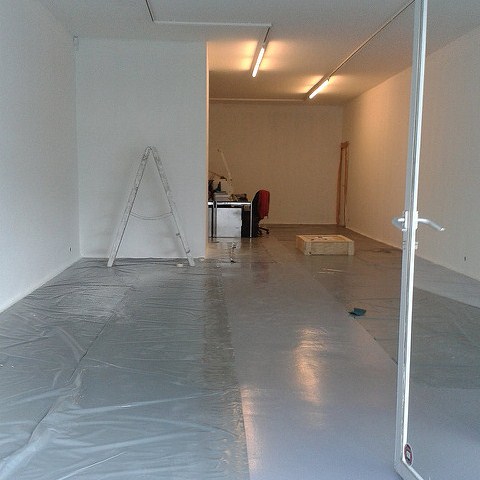 
I can't thank Nina enough for her generosity and for having me in Trelex. When I research other residencies the criteria can be so strict and off-putting, you must go for this amount of time, be this or that kind of artist and once you’re there we’re not letting you out! If you don’t like it, tough.  Or it costs a small fortune or there’s a lengthy application process.  Opening up residences for all kind of artists from all kinds of social, cultural and economic backgrounds is for me the real strength of the Trelex residency, it creates such a diverse and unpretentious atmosphere.  At a time when I was feeling isolated, exhausted and overwhelmed by motherhood but with more creative energy than ever Trelex was a saving grace.

I was also very lucky to have the lovely Isabel Moseley and Abi Box working alongside me and were very patient with me as I probably bored them to death with photographs of my daughter, thanks for listening!

Soon after I left Trelex I became pregnant with my son who is now 16 months old, hence why my art is still sitting in bags in my studio.  In writing this blog I have uncovered some of it.  In many ways it makes more sense now and it's nice to have had the distance from it.  I still have very little time to invest in my art but knowing that Trelex exists and feeling part of this wonderful community keeps me going and gives me hope.  One day, hopefully, I'll return.